Not the first cryptocurrency/bitcoin hype

The current hype about Bitcoin is not the first. As early as June 2011, April 2013, December 2013 and for the last time in January 2018, Bitcoin, together with many other crypto currencies, also known as Altcoins, reached a worldwide sensation and highs. With a market share of 40% and a price of 20,000 US dollars, the market capitalization of Bitcoin was at its last high of 330 billion US dollars and that of all cryptocurrencies together was 831 billion US dollars.

Right now it's that time again. Bitcoin has been climbing old and new highs for days and weeks. The fifth hype. But compared to the last hype, this time it is mainly Bitcoin that has greatly increased its market capitalization. With a price of more than 30,000 US dollars, Bitcoin has a market capitalization of more than 580 billion US dollars and a market share of 70%. That means the current cryptocurrency hype is mainly driven by Bitcoin.

2021 may become the year of the altcoins

The overall market for altcoins currently does not even reach half of the highs of 2018. Nevertheless, the market volume has increased more than tenfold since then. And meanwhile there are also the first useful applications based on blockchain and its altcoins. So you can assume that 2021 will be the year of the altcoins. Altcoins such as Ethereum, Polkadot, Cardano, Uniswap, Looppring and Nano have already recorded strong growth in the last few days.

Despite all the hype: the cryptocurrency market is still very young, setbacks, price collapses and even total losses of individual altcoins are to be expected, as well as high volatility of Bitcoin itself. 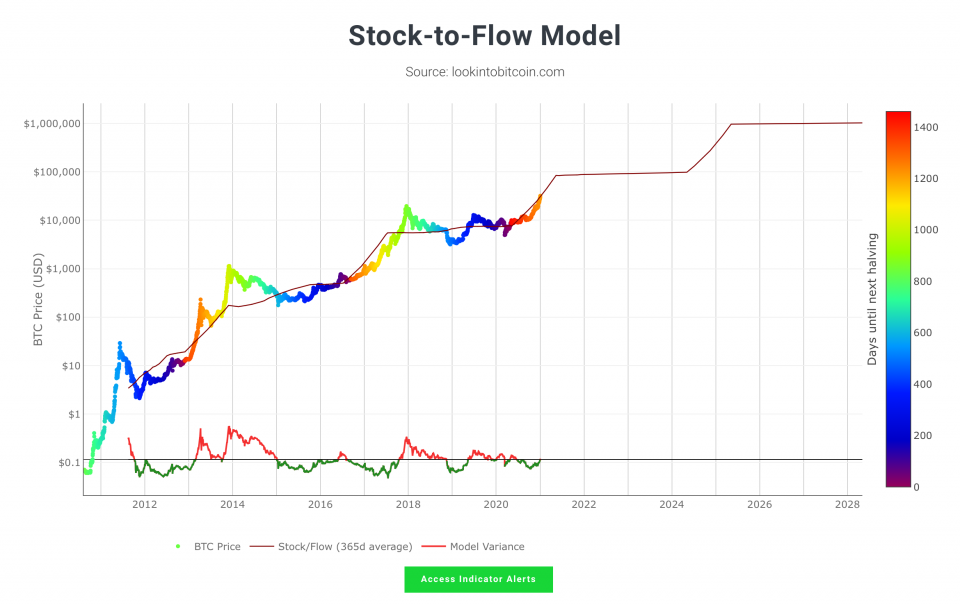 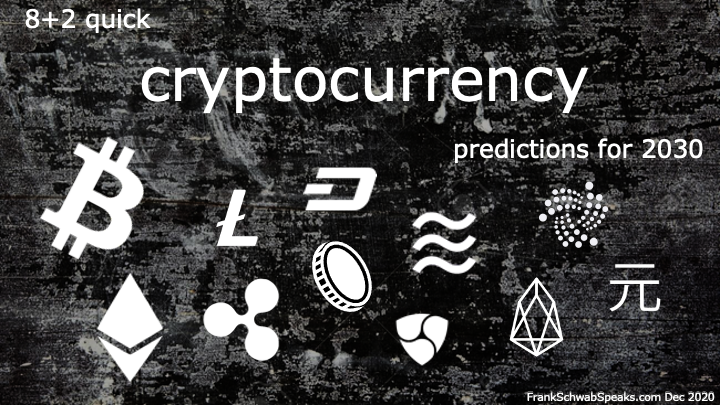 #2 Blockchain platforms such as Ethereum, EOS and NEM set standards for programmable money, tokenization and the digitization of assets

#5 Litecoin is established as digital silver

#8 Facebook's Diem has a significant market share in global payments

#8+2 DeFi and other blockchain related concepts are established

For the purpose of this law, crypto-values are digital representations of a value that has not been issued or guaranteed by any central bank or public agency and that does not have the legal status of a currency or money.

One thing is clear: The German Federal Ministry of Finance also assumes that crypto values will establish themselves in the financial, economic and social systems.

Overall, the word crypto appears 45 times on 11 pages in the draft.

"For the purpose of this law, crypto-values are digital representations of a value that has not been issued or guaranteed by any central bank or public agency and that does not have the legal status of a currency or money. Crypto values are values that are accepted or used as investment or currency by natural or legal persons by agreement or actual practice, and that can be transferred, stored and traded electronically "

Bitcoin - Gold of the Future

Should the Bitcoin actually develop into digital gold, then further, enormous increases in value are to be expected.It's not about Bitcoin replacing gold.But Bitcoin creates a new, additional asset class.And I therefore expect Bitcoin to establish itself as a digital asset in the wallets and portfolios of hundreds of millions of people in the not-too-distant future.

Since peaking at just under USD 20,000 on December 17, 2017, Bitcoin has lost a good two-thirds of its value. And according to Google Trends even more than 80% interest. In terms of Gartner terminology: the Bitcoin is currently in the Valley of Disappointment. More precisely, currently the fourth time, after June 2011, April 2013 and December 2013.